Skip to content
Featured
Perhaps you are expecting the Lord’s return. But you wouldn’t think that the Lord has come back a long time ago. He has expressed new words and done new work. Then how should we practice to welcome the Lord? The key point is to listen to those words. When you recognize God’s voice from them, accept them, and follow God, you will be able to welcome the Lord, just as the Lord Jesus said, “My sheep hear my voice, and I know them, and they follow me” (John 10:27). Share with you a link and you can click it to download The Word Appears in the Flesh for free. 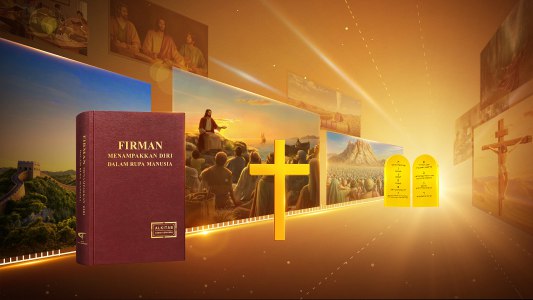 To know God’s work in these times is, for the most part, to know what the principal ministry of God incarnate is in the last days, and what He has come to do on earth. I have previously mentioned in My words that God has come to earth (during the last days) to set an exemplar before departing. How does God set this exemplar? He does so by speaking words, and by working and speaking throughout the land. END_OF_DOCUMENT_TOKEN_TO_BE_REPLACED

As members of the human race and devout Christians, it is the responsibility and obligation of us all to offer up our minds and bodies for the fulfillment of God’s commission, for our entire being came from God, and it exists thanks to the sovereignty of God. If our minds and bodies are not for God’s commission and not for the righteous cause of mankind, then our souls will feel unworthy of those who were martyred for God’s commission, and much more unworthy of God, who has provided us with everything. END_OF_DOCUMENT_TOKEN_TO_BE_REPLACED

Now, you are to pursue becoming the people of God, and shall begin the entire entry onto the right track. To be the people of God means entering into the Age of Kingdom. Today, you officially begin to enter into the training of the kingdom, and your future lives shall cease to be as slack and sloppy as they were before; living in such a way, it is impossible to attain the standards required by God. If you do not feel any urgency, then this shows that you have no desire to improve yourself, that your pursuit is muddled and confused, and you are incapable of fulfilling God’s will. Entry into the training of the kingdom means beginning the life of the people of God—are you willing to accept such training? Are you willing to feel a sense of urgency? Are you willing to live under God’s discipline? Are you willing to live under God’s chastisement? END_OF_DOCUMENT_TOKEN_TO_BE_REPLACED

The more people accept the words of God, the more enlightened they are, and the more they hunger and thirst in their pursuit of knowing God. Only those who accept the words of God are capable of having richer and more profound experiences, and they are the only ones whose lives can continue to grow like sesame flowers. All who pursue life should treat this as their full-time job; they should feel that “without God, I cannot live; without God, I can accomplish nothing; without God, everything is empty.” END_OF_DOCUMENT_TOKEN_TO_BE_REPLACED

The work of God incarnate includes two parts. When He became flesh for the first time, people did not believe in Him or know Him, and they nailed Jesus to the cross. Then, when He became flesh for the second time, people still did not believe in Him, much less know Him, and once again they nailed Christ to the cross. Is man not the enemy of God? If man does not know Him, how could man be the intimate of God? How could he be qualified to bear testimony to God? Are man’s claims of loving God, serving God, and glorifying God not all deceitful lies? If you devote your life to these unrealistic, impractical things, do you not labor in vain? How could you be God’s intimate when you do not even know who God is? Is such a pursuit not vague and abstract? Is it not deceitful? How can one be an intimate of God? What is the practical significance of being an intimate of God? Can you be an intimate of God’s Spirit? Can you see how great and exalted the Spirit is? To be the intimate of an invisible, intangible God—is that not vague and abstract? END_OF_DOCUMENT_TOKEN_TO_BE_REPLACED

God’s word says, “The best thing about His work in the flesh is that He can leave accurate words and exhortations, and His accurate will for mankind to those who follow Him, so that afterward His followers can more accurately and more concretely pass on all of His work in the flesh and His will for the whole of mankind to those who accept this way. Only the work of God in the flesh among man truly accomplishes the fact of God’s being and living together with man. Only this work fulfills man’s desire to behold the face of God, witness the work of God, and hear the personal word of God” (“Corrupt Mankind Is More in Need of the Salvation of God Become Flesh”).

END_OF_DOCUMENT_TOKEN_TO_BE_REPLACED

The Bible says: “And without controversy great is the mystery of godliness: God was manifest in the flesh, justified in the Spirit, seen of angels, preached to the Gentiles, believed on in the world, received up into glory” (1 Timothy 3:16). Brothers and sisters, God’s appearance in the flesh is a great mystery and is the truth that must be understood. However, few people are able to understand what the incarnation is. Back when the Lord Jesus appeared and worked in the flesh, many people saw His ordinary, normal appearance and thus treated Him as a person, saying: “Is this not Joseph’s son? Is this not a Nazarene?” The Pharisees not only didn’t recognize the Lord Jesus as God incarnate, but they also wantonly condemned and opposed Him and finally nailed Him to the cross. Clearly, if we don’t understand what the incarnation is, we will be apt to become those who believe in God but resist Him.
So, what is the incarnation? How should we know the incarnate God? Given that we don’t understand this aspect of the truth, can we recognize the Lord when He returns? Is it not extremely easy for us to commit the mistakes of the earliest Pharisees? So, understanding this aspect of the truth is critical for us knowing God and welcoming the return of the Lord.

END_OF_DOCUMENT_TOKEN_TO_BE_REPLACED

How many religious customs do you observe? How many times have you rebelled against the word of God and gone your own way? How many times have you put into practice the word of God because you are truly considerate of His burdens and seek to fulfill His desire? Understand the word of God and put it into action. Be principled in your actions and deeds; this is not abiding by rules or to do so grudgingly just for show. Rather, this is the practice of truth and living by the word of God. Only practice such as this satisfies God. Any custom that pleases God is not a rule but the practice of truth. Some men have a penchant for drawing attention to themselves. In the presence of his brothers and sisters, he says he is indebted to God, but behind their backs, he does not practice the truth and does entirely otherwise. Is this not as those religious Pharisees? END_OF_DOCUMENT_TOKEN_TO_BE_REPLACED