I lived in the countryside. Because my family was poor, I earned money by doing temporary jobs wherever I could find them; I thought that I could make a better life for myself through my physical labor. However, in modern Chinese society, I saw that there were no guarantees for the legal rights of migrant workers like me; my salary was frequently withheld for no reason at all. Time and time again I was cheated and taken advantage of by others. After a year’s worth of hard work, I didn’t receive what I was supposed to receive. I felt that this world is truly dark! Humans treat each other just like animals, where the strong prey on the weak; they contest with each other, fight hand-to-hand, and people simply can’t survive. In the extreme pain and depression of my spirit, and when I had lost faith in life, a friend of mine shared the gospel of the last days of Almighty God with me. Afterward, I regularly gathered, prayed, communicated the truth and sang hymns to praise God together with my brothers and sisters. I felt very happy and liberated. In The Church of Almighty God, I saw that the brothers and sisters didn’t try to outwit each other or make social distinctions; they were all purely open and got along with each other. Whenever any brother or sister encountered a difficulty, all the others showed them love and they all helped each other. Everyone was there to diligently pursue truth in order to cast off their corrupt dispositions, live out the likeness of a true person and obtain salvation. This life allowed me to experience happiness and understand the significance and value of life. I saw that I could only attain true happiness by coming before God and pursuing the truth. So that more people who lived in darkness like me could come to God to receive His salvation and see the light again, I joined the ranks of proclaiming the gospel and testifying to God. But unexpectedly, I was arrested by the CCP government for preaching the gospel and I suffered the extreme brutality of torture and imprisonment. 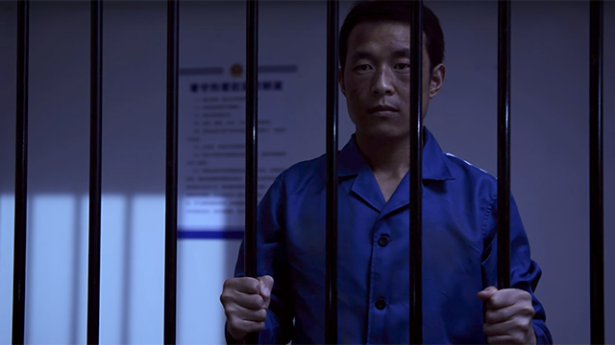 It was during the afternoon in the winter of 2008, when two sisters and I were testifying of God’s work in the last days to a gospel target, we were reported by evil people. Six police officers used the excuse of needing to check our residence permits to charge into the home of the gospel target. As they came in the door, they roared: “Don’t move!” Two of the police officers seemed completely out of their minds as they pounced on me; one of them grabbed the clothes on my chest and the other grabbed my arms and used all his strength to cinch them behind me, then he fiercely asked: “What are you doing? What is your name? Where are you from?” I asked in reply: “What are you doing? What are you arresting me for?” When they heard me say this, they got really angry and aggressively said: “It doesn’t matter what the reason is, you are the one we are looking for and you’re coming with us!” Afterward, the police officers took me and the two sisters, pushed us into the police vehicle and took us to the local police station.

After we got to the police station, the police officers took me and locked me up in a small room; they ordered me to crouch on the floor and arranged four of them to watch me. Because I had squatted for a long time, I became so tired that I couldn’t take it. The instant I tried to stand up, they scuttled over and pressed my head down to prevent me from standing up. It was only until night time when they came to search me that they allowed me to stand up; when they found nothing in their search, they all left. Not long after, I heard blood-curdling screams of someone being tortured in the room next door, and at that moment, I became very afraid: I don’t know what torture they will use on me next! I began urgently praying to God in my heart: “Oh Almighty God, I am very afraid right now, I ask You to give me faith and power, make me firm and courageous. I’m willing to stand testimony for You. If I can’t bear their cruel torture, I would rather commit suicide by biting off my tongue than ever betray You like Judas!” After praying, I thought of God’s words, “Do not fear, Almighty God of hosts will surely be with you; He has your back and He is your shield” (“Chapter 26” of Utterances of Christ in the Beginning in The Word Appears in the Flesh). Yeah, Almighty God is my support and He is with me; what else is there to be afraid of? I have to rely on God to fight Satan. God’s words removed the timidity from my heart, and my heart was set free.

After returning to the small room, I was bruised and battered, the pain was unbearable. I couldn’t help but feel sick at heart and weak: Why do believers have to suffer like this? I preached the gospel with good intentions, I showed people that the Savior had come and that they had to hurry up and pursue the truth and be saved, and yet I have unexpectedly suffered this persecution. In thinking about this, I felt more so that I had been wronged. In my pain, I thought of God’s words: “Since you are a human being, you should expend yourself for God and endure all suffering! You should gladly and assuredly accept the little suffering you are subjected to today and live a meaningful life, like Job, like Peter. … You are people who pursue the right path, those who seek improvement. You are people who rise up in the nation of the great red dragon, those whom God calls righteous. Is that not the most meaningful life?” (“Practice (2)” in The Word Appears in the Flesh). Almighty God’s words tugged on the strings of my heart. Yes, God has watered and supplied me with His bountiful words of life, He has allowed me to enjoy His abundant grace for free and has allowed me to know the mysteries and the truth that no one since the generations of the past has understood. This is a special blessing God has given me. I should testify for God and endure all pain for God, because it is the most valuable and meaningful thing! Today, I am persecuted for preaching the gospel and not willing to suffer any physical pain for it; I feel wronged and unwilling. Haven’t I grieved God in doing this? Am I not lacking conscience? How could I be worthy of God’s grace, blessings and provision of life? Generations of saints have borne strong and resounding testimonies for God because they followed God’s way; they lived life with meaning. Today I have all these words from God, so should I not more so offer beautiful testimonies for God? In pondering this, my body didn’t feel as painful, I deeply knew it was Almighty God’s word that gave me the power, allowing me to overcome the weaknesses of the flesh.

After having experienced a year of hardship in prison, I see that I am so small of stature and that I lack so much truth. Almighty God truly has made up for my deficiencies through this unique environment and allowed me to grow. In my adversity, He has enabled me to obtain the most precious wealth in life, to understand many truths I didn’t understand in the past and to clearly see the CCP’s heinous crimes of persecuting God and tormenting Christians. I have recognized the repulsive appearance of Satan, the demon, and the reactionary essence of its resistance to God. I have earnestly experienced the great salvation and mercy Almighty God has for me, the corrupt person, and felt that the power and life in Almighty God’s words can bring me light and be my life and lead me to prevail over Satan and to tenaciously walk out of the valley of the shadow of death. Likewise, I have also recognized that Almighty God leads me on the correct path of life. It is the bright path to obtain truth and life! From now on, no matter what persecution, tribulations or dangerous temptations I encounter, I am willing to diligently pursue truth and obtain the way of eternal life that Almighty God has given me.

View all posts by Davis Gary